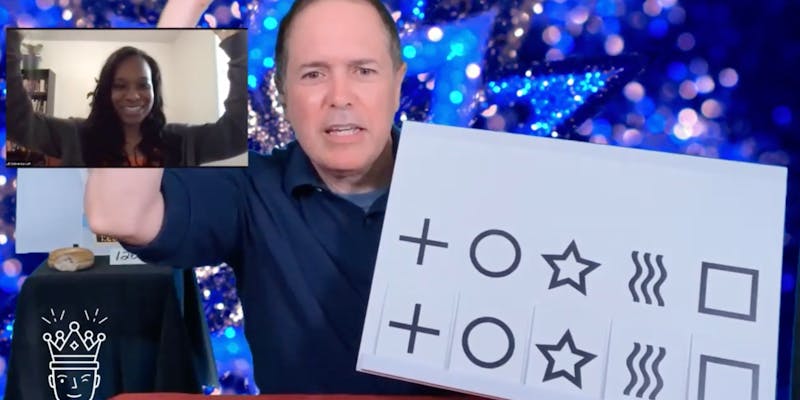 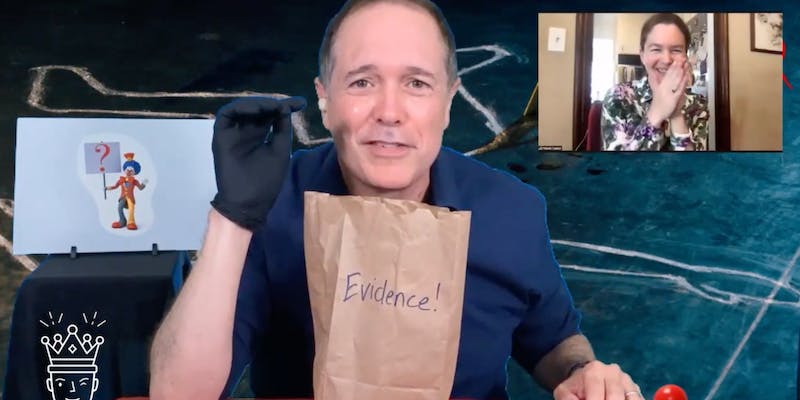 Enter this all-in-one entertainment experience that will get your teammates excited.

Welcome to Murder by Magic, a comedy team-based magic show custom-built for the virtual space with cheesy fun humor for adults (nothing inappropriate for kids, except the murder part). The video call begins and an entertainer is announced, but fails to appear. Then the "truth" is revealed: The entertainer is dead — and the killer is one of the guests on the call!

By participating in fun demonstrations of magic and mind-reading, your group will solve the mystery of the murdered entertainer. You’ll magically uncover details about the case, leading up to the final reveal of the criminal mastermind behind it all.

During the show, you and your group will:

This is a magic show hosted by David Martinez, an experienced, award-winning magician. There are no puzzles to solve or challenges to overcome. The teammates who participate will be the stars of the show in fun ways that don't embarrass anyone or make them go too far outside their comfort zone.

Add joy to a group happy hour, reward your group at the end of a project, celebrate a team milestone, surprise your family and friends at a virtual party. Book Murder by Magic for these reasons and more.

Join your host live on Google Meet or Zoom.

Cancellation Policy
Free cancellation, rescheduling, and guest count changes up to this event's modification deadline of 9 days before the event.
VIEW FULL POLICY
Add a gift to your event
Explore curated gift options for your group

700+
People who have enjoyed this event
Testimonials
He did an amazing job! Incredibly engaging.